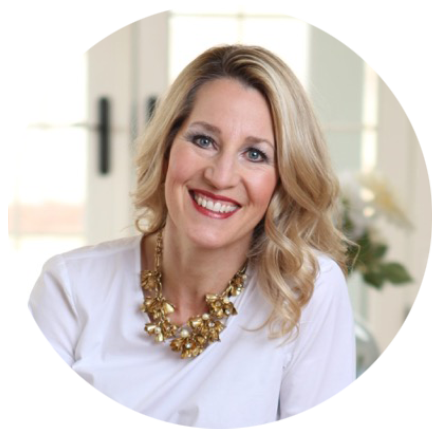 Early in my career I was a young leader at Disney, one of the world’s most admired companies. As I learned firsthand what made Disney thrive, I observed the way leaders were brought into the company. My observations revealed a marvelous set of values at work. Over the course of nearly ten years, I enjoyed the thrill of working with great people, experiencing incredible wins and being afforded tremendous growth opportunities. It was exciting to be on the “inside”, contributing to the magic that made Disney so awesome.

Years later, when my husband’s opportunity moved us to Chicago, I joined a company where that kind of focus was not applied; and the difference was palpable. Greater emphasis was placed on hiring to the job requirements and little effort was placed on the person and how they would fit with the company’s mission and team dynamics. Misaligned hires and disjointed teams left many colleagues clamoring to be part of something special that just was not there. People wanted to contribute and make an impact, but the team could not get off the ground.

I thought about the “secret sauce” that made Disney so different. Was it just Disney’s Imagineering that made it the happiest place on earth? How did they go about finding such talented leaders that also fit the goals and mission so well? What were the principles at work that enabled them to do that, and where in the process did it start? When it came to one of the most critical decisions a company can make—hiring the right person—they delivered. Their efforts were both strategic and intentional.

Inspired by this idea, I wanted to help companies hire through a similar high-bar filter. The quest to find and recruit leaders, digging in to evaluate the strength of that talent and teasing out the nuance for my clients, was an exciting challenge. From experience, I knew three things: everything starts in the discussions that shape the hiring strategy; great teams will not come together without an intentional plan; and where people are involved, in such intimate ways, automation, over a high touch approach will never achieve the desired outcome.

Applying my business background and EQ, I pursued the executive search business, believing this would be an avenue to bring companies and candidates together in a better way, so both sides could win.

In 2001, I joined a high-caliber executive search firm in Chicago. After being awarded Rookie of the Year, and seeing a few years of early success, I founded this firm in 2003 on the principle I started with—an honest, hard-working approach that offered greater value to our clients. The approach was high-touch, white-glove treatment, where small details became differentiators. I established trusted partnerships with many great CEOs, enabling them to hire leaders who fit like a glove, matching their requirements and team chemistry perfectly. Their teams thrived and their companies achieved monumental success.

After losing my father from heart disease in 1998, I wanted to contribute to the industry where life-saving medical technologies were conceptualized and carried to market.

In a very tangible and personal way, I witness how this work changes companies and people’s lives every day. It is a privilege to sit shoulder-to-shoulder with executives and boards to build the teams of companies that are so highly regarded and successful. Equally incredible is the impact made with people I mentor one-on-one. Helping companies and individuals see the path to success so they can achieve the contribution they want to make is an invigorating mission.

Rich and I remain resolute in our commitment to serve our clients, giving more, with full attention and focus. Trust, honor and integrity are at the heart of our interactions with the people we serve.

Let’s build a dynamic team together.